As the day broke with rays of promising light breaking through the lush branches of the massive Apiesdoring trees towering above the Rust de Winter camp grounds, the distinct call of a cheeky hornbill sounds close by.

In the awkward silence at the home of the Rust de Winter ATV Club, usually roaring with the sound of big-engined off-road vehicles of all shapes and sizes, the rustling of feathers draws the attention to the burnt-out ashes of the previous night’s campfire.

Then, the unmistakable sound of a car engine… slowly crawling along the main road. Then it stops. Someone calls out: “Helloooo!” A squeaking noise indicates the gate is opening. The engine purrs softly. Gears rattle and complain as the lever is pushed forward. The first mid-1960s Land Rover Series vehicle arrives. 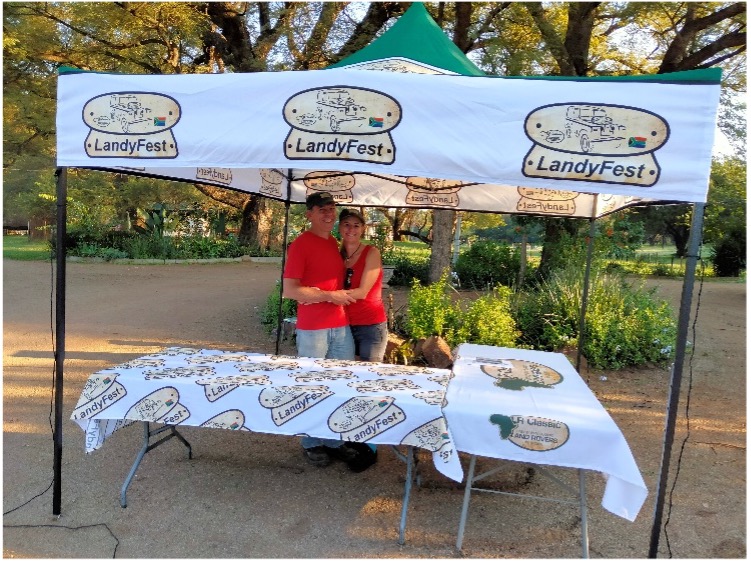 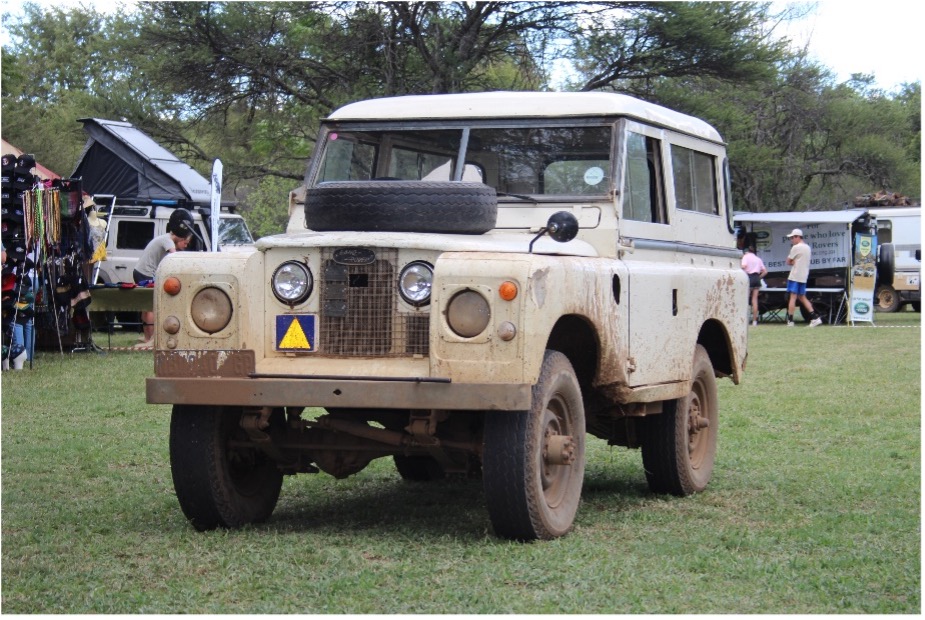 Behind the wheel is Rocco le Roux, co-host for the weekend of Friday 29 April to the public holiday on Monday 1 May, with wifey Angeline next to him. Together with André Verster, the bearded Kingsley Holgate look-alike and owner of LandRover Classic, they are the proud organisers of the 2022 LandyFest.

The third event since its inception in 2019, the 2022 LandyFest is awaiting a host of participants who entered their Series vehicles weeks, and in some cases even months ahead. And many simply arrived.

As the day progressed, Landy owners and their beloved vehicles arrived one after the other, slowly driving past the main exhibition site where suppliers from all over are pitching their stalls, showing modern and historical components. The weekend campers settled in. 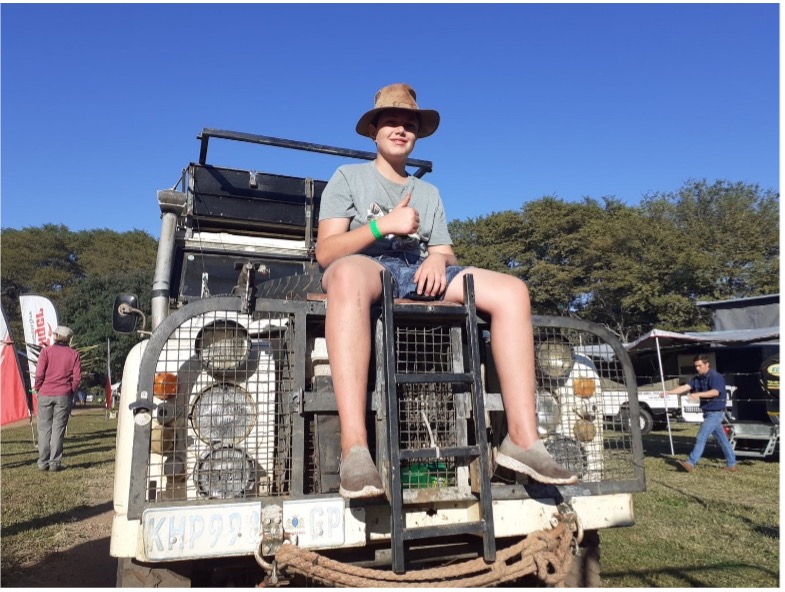 Catering for hungry mouths and thirsty throats included Brannas & Braai, IC Catering and Geelvet Biltong, while Coffee on the Move was a very popular stall on Saturday morning, first day of the coveted Series Games. 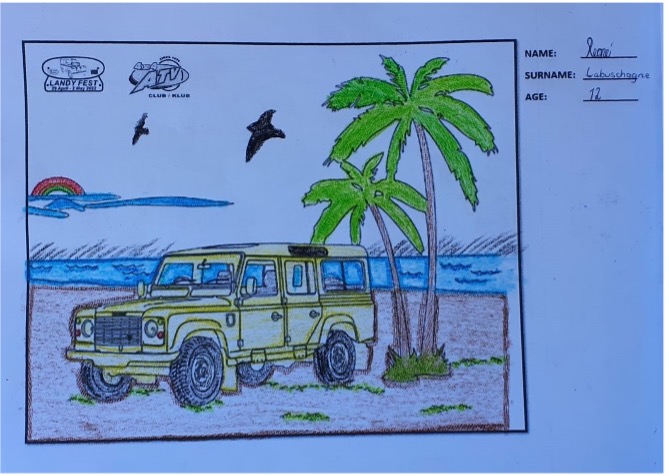 The LandyFest is a family orientated event and offered lots of entertainment for the kids. Trailer rides through the grounds, face painting, various games, colouring in Landy line art, large play area, and much more.
As Series owners lined up for an exciting morning’s activities out in the “play” area, non-competitors started arriving to join in the fun as spectators, some wishing they had a toy like some of the more pristine samples of Series vehicles.

One included the Series 3 hard-top of Villa and his Games partner, Pieter, from Roodepoort. Villa was by far the oldest at the event – beating the age of the oldest vehicles by a comfortable margin. 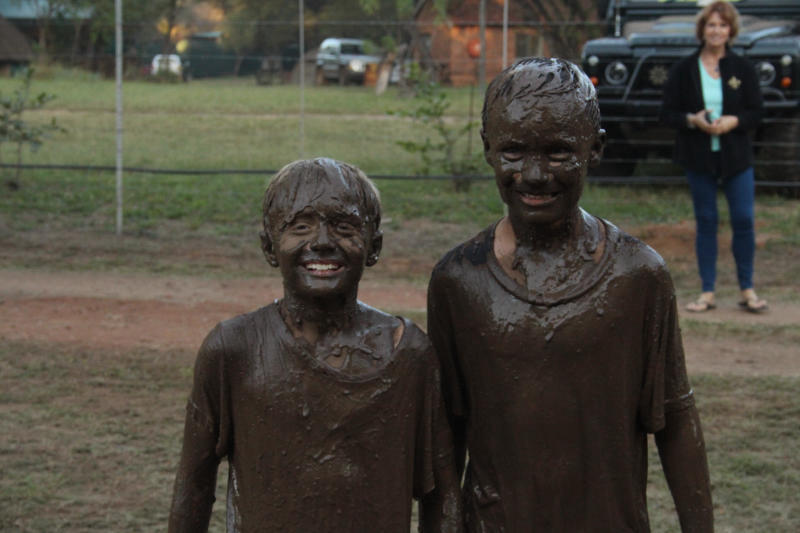 The 2022 LandyFest Series Games included mostly games and activities as the event was everything but a vehicle challenge. Competitors merely used their Series Land Rovers to get from one game to the next, but in some cases challenging conditions such as a mud hole, some steep inclines, a see-saw, and sand pits, but nothing that would damage more than egos…

Activities included darts, ring toss, “table tennis” with those small bats and a (punctured) tennis ball, disk-throwing into a bucket, frisbees to knock down some cans, etcetera. Competitors needed to collect points while having lots of fun.

The mud hole proved to be a bit much for some drivers, who blamed “the guys who drove here last time”, but luckily an old tractor was at hand to help with recovery.

Almost all tried a second and some even a third time, as a single point was up for grabs for completing the obstacle, however speed and timing meant absolutely nothing.

Even the kids had a go at the mud hole!
The first-day activities came to an end just in time for lunch. The crowd was drawn back after lunch for the annual “Crank the Landy” contest and the prize-giving at the main LandyFest boma, followed by André and Rocco handing out the first batch of prizes valued at over R90 000.

Overall winners of the Series Games was Juanita & Reinhold followed by Boer second and Adri Joubert in third position. 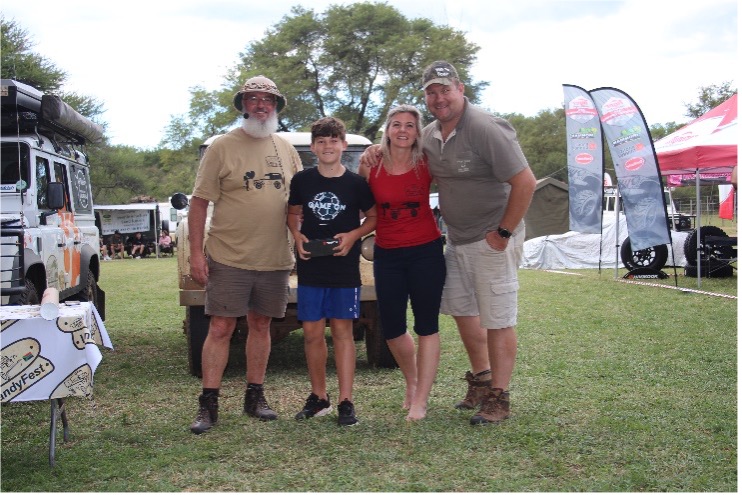 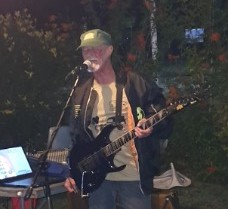 As the sun made way for a moonlit evening with clouds in the distance, a massive campfire was revived in the main boma area where competitors and campers enjoyed a late night with the music of Ferdi Reo in the background.
Sunday’s 4x4 Direct Live Axle Classic was open to all Land Rovers and the games were repeated with a laid-back obstacle route with the focus on playing games to score points, not racing around like some quarry specialists.

Although a few drops fel on Sunday afternoon, the big crowd of competitors and spectators remained at the boma all afternoon for the “Push the Landy” fun event and the second round of prize-giving, this time for competitors in the 4x4 Direct Live Axle Classic:

Alu-Cab lucky draw winner of the awning was Leonora van Niekerk, owner of a Range Rover, and the shower cube went to Vusi Khumalo – a Defender 90 owner and Landy fanatic.

“All in all it was a great event,” said André. Rocco said “Great fun – see you next year for even a bigger event!” 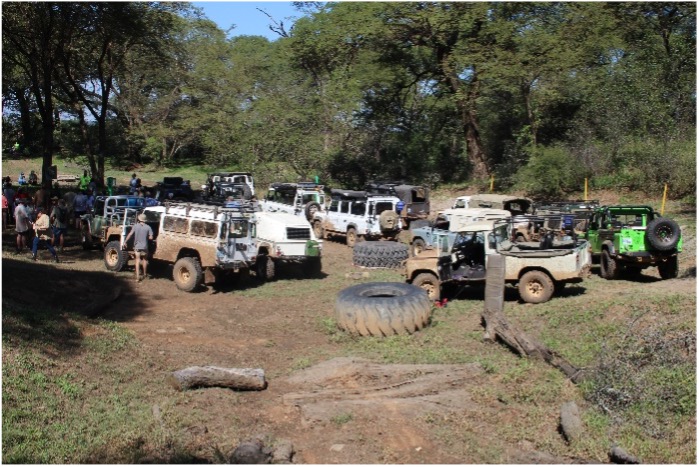 The LandyFest 2022 also boasted the radio control (RC) Camel Trophy. It was great fun to see the 1:10 scale Landies in action throughout the weekend. Thanks to Jens and his RC Camel Trophy competitors.